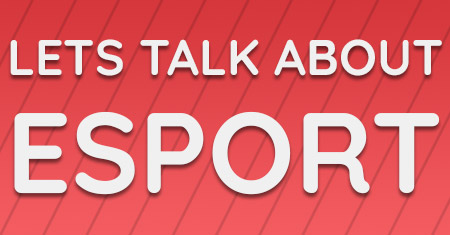 Let’s have a good look into the ever involving betting on Esports markets that has lingered for so long but just has not yet become what everyone expects and what that is? So betting in Esports has been around for years and many casino and sports betting operators have had these betting markets open for a very long time however speaking to a number of casino and sports betting companies it just hasn’t become the money making vertical in sports betting that people believed it would be by now. Question is why and how long does it need?

Looking at Esports it is a very different animal to that of sportsbook and casino betters, one the Esports market in comparison is still at its infant stage compared to the greater two giants who have been around for millennia but more so i think its down to the player base. Esports players don’t always play for the monetary gain but the thrill of competition and as much as Esports is growing it doesn’t yet have a large enough mass to attract the big punters, it first needs to solidify itself in its own market and create more stable known seasons to match. The biggest issue I think with Esports is the fact the market is built on an ever changing landscape, video games don’t last the length of time that a sport does, football has been dominant for centuries however a top tier Esports game has been around for the best part of ten years a faction in comparison. However in a rapidly changing world these time frame should become shorter but haven’t yet reached the critical mass to spill over into mainstream gambling.

Looking at the market we know where the compassion is with League or better known to the public as League of Legends being a dominant contender in global Esports competitions but even those have diminished somewhat with recent covid restrictions, the once huge world cups now played purely online and somewhat take away the growth in gravity the ancillary companies need to push this market even more mainstream. Players themselves are again a different animal and most Esports fans watch because they love the game and in some or many cases want to learn to play those games better by watching the professionals. If only the same was in live sports like football, haha.

That above being the case I believe the Esports landscape will change in the coming years with more provider streaming events and as they grow becoming more self governed. That ultimately will lead to more trust in the sports sector and eventually the ability to offer far more regulated event to punt in with relatively realistic odds.

The odds however are something of interest, with so many esports players having never contending against eachother in Fifa, League of Legends, Dota, CSGO and so many other games its very hard to predict and outcome and i believe its this fear that still hasnt taken the games mainstream. Esports is an open game just like a major open tournament which can make heroes and legends, but at what cost? Playing heavy on a favorite who dominated last years CSGO world cup doesnt mean they will repeat the success in this year given the fact the contenders change more rapidly than that in lets say the premier league.

What we do know for sure is the market is growing fast and Video Games currently looks to be worth a stagering 200 Billion dollars by 2023, which will soon start to rival the entirety of the gambling market. Looking at the size of the esports sector one asks what portion of these players could also make good gamblers but the reality is the gambling sector only needs a tiny percentage to make it work.

Once the players start getting backed by the operators then the trust factor will grow, and those players who do want to wager on their favorite esports players or even wager against their rival will find plenty of opportunity to do so.

Looking at the future of the games we know the fantastic recently launched Fallguys could also be a major contender and offers the market something unique! More betting options, imagine a world where to place and qualifying rounds collide in a single Esports game? This is like putting race horses into the champions league and the recipe for success is huge. With some games having sixty plus contenders and so many small variables for both success and failure there is a huge potential in the odds world to make these events extremely profitable. Once the market is large enough I believe the acceleration will be extremely fast!