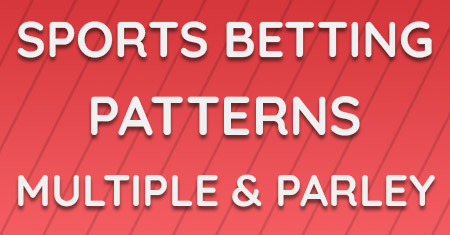 Over the years of probably excessive gambling I’ve learnt many people like to gamble in their own ways with betting patterns changing from everything between a roulette’s martingale and a low income hedging system. I myself like to mix and match when betting on both casinos and sportsbooks. Depending on the mood, there are tons of great ways to bet both on living sporting events, mainly football or soccer to our friends from the west, which   having the best returns makes the game an easy choice and my favorite being tennis due to the low outcome variation. Tennis I find is more reliant than most sports when it comes to multiples simply because there are less variables such as team dynamics or home game to keep in mind, there are some which I always look out for when placing a bet and will run through a few examples here.

How to start a bet

So I normally like to bet in two ways, il either kick of a betting session in either a very simple minior deposit into a sportsbook look at the best upcoming events in either of football/soccer or Tennis and aim to run a multiple, some days it feels more like playing the lottery but it does in fact come in more often than one would expect with about between four and five decent multiples coming in per year, average odds of five hundred to one. Depending on the amount you put down can give a very decent return for small punters! Choosing your match is what counts and having been on both sides of a bet I can say there isnt much in regards to huge amounts of research one should put into gambling and running long multiples is pretty much playing the lottery but choosing which events to put into that bet does make a difference.

The Tennis Parlay or Multiple

So with Tennis what I normally do is play on simple match odds and run a number of eight to fifteen events in a single parlay, this normally churning out odds in the few hundred to one range depending on how many favorites you decide to go with. My standard is anything less than 1.20 isn’t worth the risk and anything more than 1.7 is less likely to pass out given in Tennis betting you are coming into evens territory and Tennis in higher levels matches can go either way. Your best bet is to find those players in open championships which are going to steam over their opponent with decent odds to back them. I probably run one to two of these betweens weekly and normally aim for a minor ten to twenty euro stake, don’t like to get excited and put more as it’s just not worthed and given the fact that not that many will come in, your risk factor will be much higher. The irony behind these bets though is normally the one or maximum two games that let you down.

Choosing your Tennis Bets and Matches

So when choosing the matches depending on whether I have the time or not I go with one of three routines, either the belief that the odds should speak for themselves and simply choose the favorite of each match bet in the mentioned odds range which would normally be 1.2 to 1.7 and hold that up to a max of 15 matches, 20 if I’m feeling lucky and place the entire giant stake of 10 euro on the said multiple. My second way of playing such bets is to run through the same matches and odds but checking out each player’s names. When you make enough bets you start to learn which players let you down more often than not and oddly enough the odds don’t always speak for this. I go through either memory or sometimes I simply look at the name and wonder whether this person will actually win this match. I know it’s all speculation and opinion but aren’t most bets chosen this way? Then there is my final betting method which does take a little more time, this is the check every match out and try to make sense of the odds at hand, with Tennis betting I would look at a number of factors the first being the players rank, then I would look at the age of the player and even with higher odds longer standing players tend to have surprise defeats on close odds more often than fresh of the bats youngsters trying to make their name in a higher competitive sport. This routine takes a while and when unsure I would move onto the next category of items I use to assess whether an odd is worth taking or not, something taking me thirty to forty minutes to place a single ten euro bet but with the odds so high that thirty minutes is certainly worth the time.

When it comes to football or soccer betting the style of play will normally be quite different, it’s hard to judge a match and with each football or soccer match having a three way result anything can happen. This is mostly true in higher end leagues like the premier league in England as the quality of each team is far more widely spread than let’s say the la liga where two teams normally dominate this leads for a decade before seceding to any other teams. With football or soccer betting again I find there to be multiple methods of play, my best so far netted me 5000 euro with a 5 euro bet which I have to say did wonders for my betting addiction. I did however get limited by the bookie Bwin which really showed what bad services some of the bookmakers in this industry have. To be fair that bet was random, I took 5 euro and placed it on I think ten completely random matches with the final being some unknown match in either Australia or New Zealand, can’t remember but I remember the wins! Either way sometimes a random bet can go a long way. The other type of bet I like to run on football is draws, some leagues are lower scoring like the bundesliga or scottish leagues, they are just more prone to defensive play and this does make a huge difference in the style of play. The great thing about a draw bet is the odds on a draw are so much higher you can achieve serious odds with less than ten matches in some cases just five as they can reach 4/1 odds when playing on a draw.

When running long odds bets, find something you believe works and take time to try it out, there is no rule book for placing a bet even though many people will try to convince you. My method works for me but I manage the expectations I have in what I will see in return, even as I write this I’m planning my next tennis multiplier, will add here if I win!