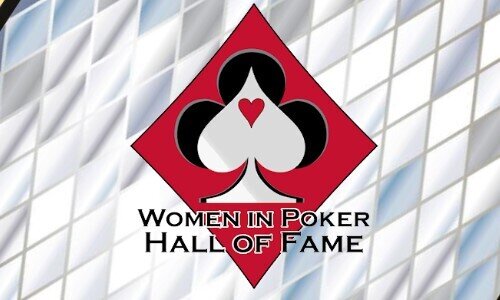 The Women in Poker Hall of Fame is finally returning after a four-year hiatus. Nominations for the 2022 class are currently underway. The Women in Poker Hall of Fame (WiPHoF) recognized the top women in the poker world and inducts two women on a bi-annual basis. The last induction ceremony was in 2018. The induction ceremony will be held on December 17th in Las Vegas, NV.

Below are the eligibility requirements for the WiPHoF as listed on the website:

A) A candidate must have been active as a player or industry leader for a minimum of 10 years prior to nomination and 35 yrs of age or older.
B) Player/industry leader must have contributed to the world of poker in some significant way. For example, a candidate may qualify by either winning major poker tournaments, gaining prominence through their poker success, or by making significant contributions to the industry of poker.
C) Player/industry leader candidate must be a proponent of women in poker- i.e.: refrain from publicly criticizing women’s tournaments.
D) All nominees must be approved by the Organization Committee and current Hall Members.

You’ll notice a few differences between the WiPHoF nomination process and the Pro Poker HOF process. For starters, inductees only have to be 35 as opposed to 40 for the PHOF. Next, players must be a proponent of women in poker. As such, prominent female pros that have actively spoken against women’s tournaments will never be included. This assures you don’t get an inductee that’s openly hostile to women’s events.

This process focuses less on playing at the poker tables and more on the overall contribution of top women in poker. That’s why you’ll see quite a few major contributors in the ranks of the WiPHoF compared to the PHOF.

Pandemic Delayed Nominations Until This Year

Normally, the Women in Poker Hall of Fame is a bi-annual induction. However, you’ll notice that the last pair of inductees went into the hall in 2018. That’s becasue of the COVID-19 pandemic. Like the majority of the poker world. the WiPHoF decided to forego the 2020 induction process. Instead of delaying it a year, organizers just decided to completely forego the process until this year.

Later this month, a committee will decide on the finalists. Those finalists will be announced on October 1st. This is also International Women’s Day. Voting will then take place amongst the WiPHoF voting panel. The final announcement of the 2022 class will take place on October 17th.

The induction ceremony for the 2022 Women in Poker Hall of Fame will take place on December 17th, 2022, at Resorts World Las Vegas.

Strong Class Up For Consideration in 2022

This year promises to be the strongest class for the WiPHoF since its inception of the WiPHoF in 2008. Two names that are certain to be on the list of finalists are Vanessa Selbst and Kristen Bicknell. Selbst is #1 on the Women’s All-Time Money list for tournament poker and is the only woman in history to hold three open-field WSOP bracelets. Bicknell is considered by many to be the most dominant female player ever and is very active in high-stakes tournaments. If you combine her live and online poker tournaments earnings, she is close to overtaking Selbst in lifetime earnings.

Other strong candidates include Maria Constanza Lampropulos, Jennifer Tilly, Karina Jett, and Shirley Rosario. That’s not even considering past finalists who are still eligible for the Hall of Fame.

Rose Varrelli has always been passionate about online casinos, as she’s been a player at a variety of places for years. Rose turned her personal knowledge and insight into a writing career. She aims to provide readers with the most up to date, informative news in the world of online casinos!