The new season of the PokerGo Tour is officially underway. On Wednesday, the PokerGo Cup kicked off at the PokerGo Studio in the ARIA Resort & Casino in Las Vegas, NV. The eight-event series features buy-ins up to $50,000.

The first event of the 2023 PokerGo Cup was a $10k NL Hold’em poker tournament. The two-day event kicked off with 90 entries and was whittled down to a final table of seven by day’s end. David Peters was the chip leader going into the final table by a sizable margin. Other players making the final included Alex Foxen, Adrian Mateos, Sean Winter, and Joseph Cheong.

Sean Winter came into the final table with just seven big blinds. However, he managed to go on a run and get back into contention. David Peters could not say the same and watched his stack slowly decline. He ultimately finished in fourth place. 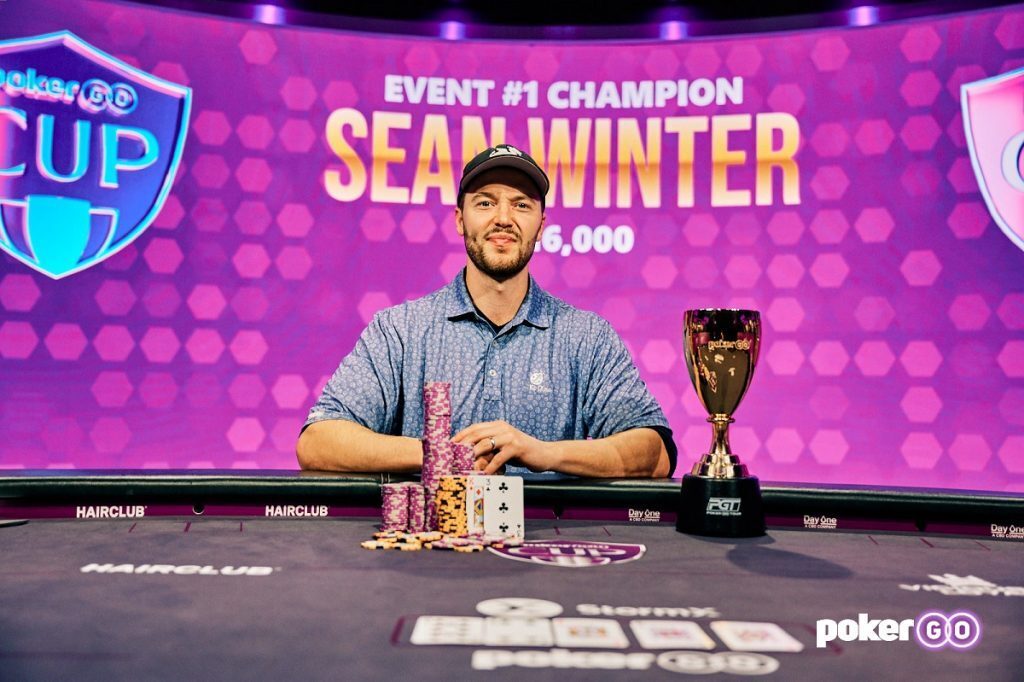 Winter knocked out Joseph Cheong to set up heads-up play with Alex Foxen. Winter had better than a 2:1 lead at the start of heads-up play. In the end, Foxen was eliminated after Winter flopped trip kings. Foxen earned $153,000 for second place and 153 points on the PokerCup leaderboard.

Alex winter earned $216,000 and 216 points toward the PokerGo Cup leaderboard. The ultimate PokerGo Cup champion will receive a bonus of $50,000.

Event #2 of the PokerGo Cup was another $10k NL Hold’em tournament. This time, 83 entries created a prize pool of $830,000. Only six players remained at the end of the first day of play on Friday. Kristen Foxen, Cary Katz, Punnat Punsri, Andrew Moreno, Seth Davies, and Aram Zobian made the final.

Zobian came into the final table with the chip lead and stayed near the top for most of the final table. Kristen Foxen was looking to be the first Foxen to win a PokerGo Cup title this year, but she fell short in third place. This setup heads-up play between Zobian and Punsri. 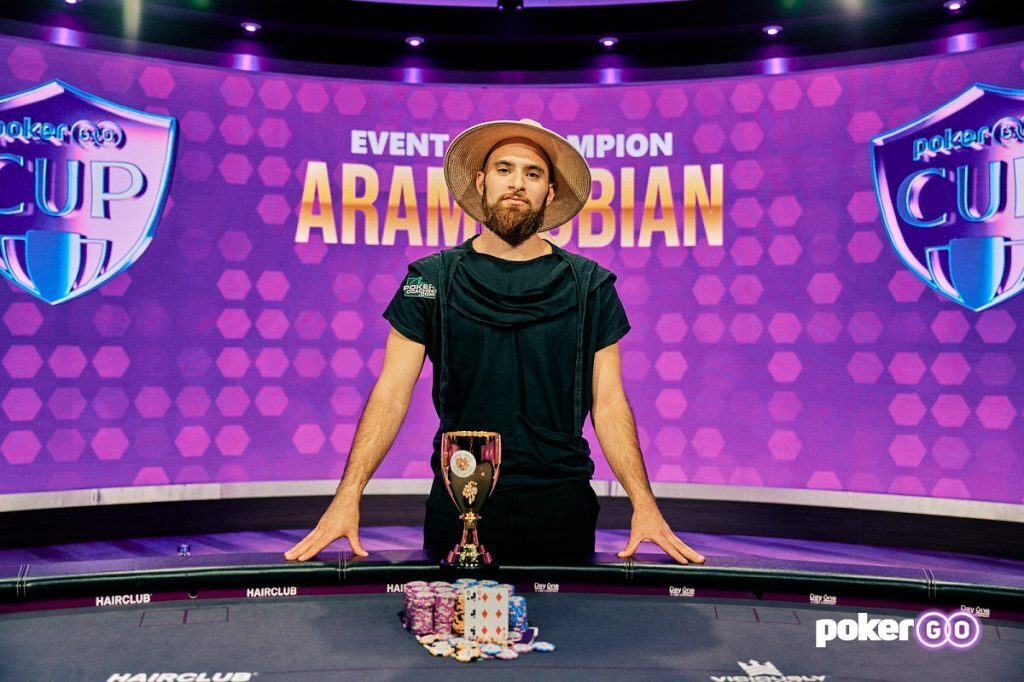 At the start of heads-up action, Punsri held a 98 to 74 big blind advantage. The pair battled for a while before a massive cooler hand ended the event. Zobian flopped trip eights against two pair for Punsri. The turn and river fell running deuces to give Zobian a full house. All the chips went in at the river, and Punsri discovered his two pair were no good. Punsri had to settle for second place and $149,400.

Aram Zobian won $207,500 for his victory and earned 208 points on the leaderboard. This left him in second place.

Event #3 was yet another $10k NL Hold’em tournament. This event drew 90 entries for a $900,000 prize pool. The final table of six was reached by the end of play on Friday. Philip Shing went on a heater late in the day and finished with more than a 2:1 lead on the rest of the final table. Kristen Foxen, Adrian Mateos, and Cary Katz made their second straight final table. However, Foxen started with just eight big blinds. 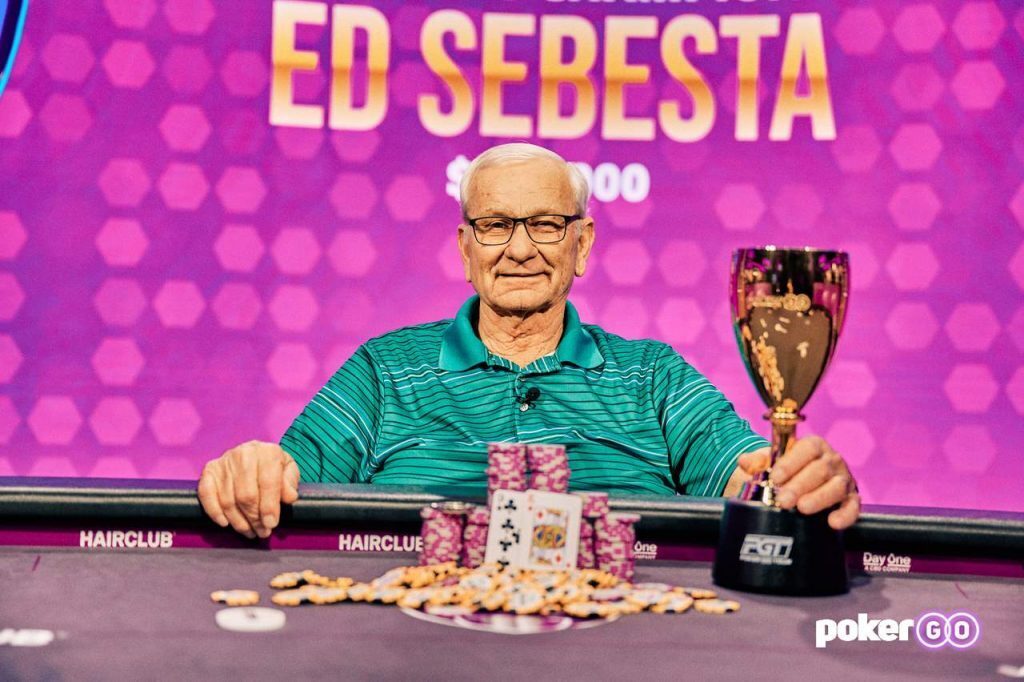 Nick Schulman and Ed Sebesta battled heads-up, with Sebesta having the best of it throughout. In the end, Schulman was all-in with A-7 agasint K-9 for Sebesta. Sebesta caught a king on the turn to win the hand and the title.

Ed Sebesta won $216,000 for first place and earned 216 points on the PokerGo Cup Leaderboard. He is now in a tie with Sean Winter.

Action at the PokerGo Cup will continue through January 20 with five additional events. By then, we will know the overall PokerGo Cup champion.